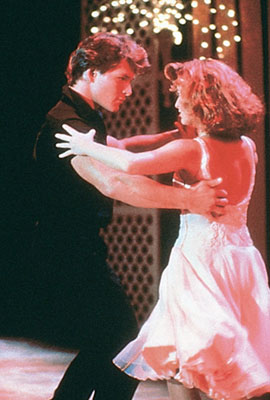 Fifteen years ago, Michael and I won a "Dirty Dancing" contest at a company Christmas party. Of course, we didn't do anything dirty, but we sure had a lot of pizzazz and energy to win out of fifteen other couples!

On Saturday night, we went to Michael's company Christmas party at the Hilton in Charlotte. I've been to several dozen parties like this one in the past and there have been great parties and not-so-great ones. My definition of a great party is being on the dance floor all night long.

Our DJ, a company employee, is a hit all by himself. Last year, he really mixed it up and had everyone jumping up and down on the dance floor, refilling their drinks, and skidding out there for more. This year, he was a hit, too. He's a great dancer and entertainer but all night long I was wondering, "Where's the music, man?" Gina and Billy were with us and I wanted to see them clear the dance floor with their moves. Didn't happen. We heard sleepy songs, plenty of slow dance songs, and unrecognizable country songs. Two of his selections got a lot of people gyrating out there, Timberlake's "Sexy Back" and another I've heard a lot of on the radio having something to do with humps and lumps sung by a girl with a tiny voice. We didn't even hear the electric slide, or maybe that happened too late - after everyone left. Watching older men try to dance or dance very well is a real treat for me. Love it! I was on the dance floor only twice Saturday night and yearning to bop or jitterbug or to hear Salt & Peppa's "Ooo Baby Baby...Push it Real Good", "Mambo Number 5", Motown, or anything to make me raise my arms like I don't care and BUST SOME MOVES!

Big news in Huntersville today. Within walking distance of my house, a new aquatic and fitness center opened. I attended the ribbon cutting ceremony and took a short tour of this grand facility, the new home of the North Mecklenburg Aqua Devils. They're a U.S. competitive swim team that has produced regional and national winners and contenders but until they can produce an Olympic qualifier, they're just another team. It's been a few years since I saw Gina swim her last race in college, and since that day, I haven't been to an indoor pool. Oh, how I miss those twelve years and the smell of chlorine...the breakfast of champions! 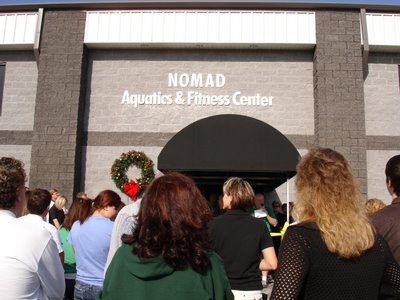 It's not as extravagant as some pools I've spent time in, like the Naval Academy pool in Annapolis, MD, and some other colleges, but this pool is state-of-the-art. 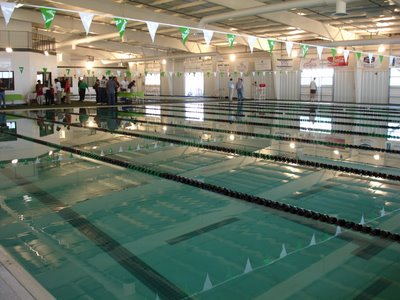 The main pool has ten lanes, 25 meters with a 6 foot constant depth. This photo was taken on the starting block side. I think a 50 meter long course pool would have been the best choice, especially if the team wants to train future Olympians, but I guess funding woes prevailed. 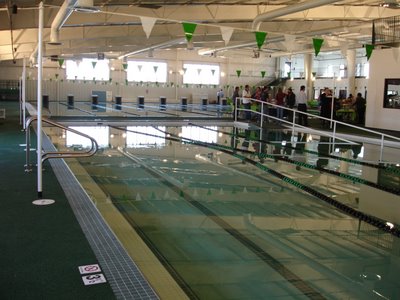 Above, there is another pool specifically for therapy and some lessons, only a few lanes wide that could probably be used for warm-ups and cool-downs during competitions. 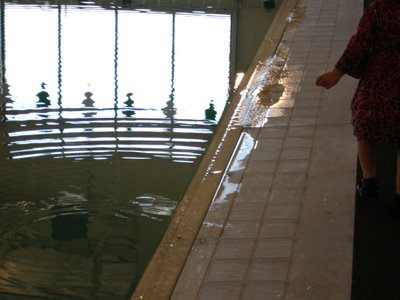 The pool deck isn't concrete or tile. It's some sort of cushiony material. There is a new, non-turbulent gutter system (nice for a few one hundreds of a second off a time!). 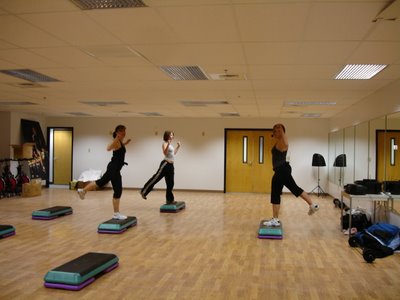 I'm no stranger to running swim meets, electronic timing equipment, or you name it, so I'm seriously considering sending them my resume in case they need someone to manage their office. I'd buy a bike and ride it to work early in the morning, take a step aerobics class, and use the fitness center on my lunch hour! Yeah, right!

Note: I've been trying to "beat the clock" a lot lately and rushing around too much. Plus, we are giving away this desktop computer for a new one this week and that means I'll be working at setting it up and deciding what to do with my millions of photos. Sadly for me, I might not be posting for a few days.

A new computer is always good.
We will miss you...hurry back!

Salt and Peppa... now THAT brings back some memories! :c) Hate you all didn't get to shake your booties.

Good luck on the new 'puter set up and hurry back... we'll leave the light on for you.

A lovely fitness centre in walking distance from your home...I took a trial membership at a gym once,and decided I liked my own "walking outdoors with the dog" routine better.
My computer is starting to make whiny hard drive noises. A 5 year old lap top will surely quit soon. I cannot bring myself to buy a new one until it does.

A new computer! FUN!! Hurry back.

I DO NOT dance, but love to watch people who really know how to. No one dances like people in my parent's generation anymore.

My mother loved Frank Sinatra and there used to be a radio station that did *Saturday with Sinatra* at night - I remember her grabbing one of my brothers to dance around the kitchen when the mood struck her.

I'll miss you while you're away!

Hi All - The new computer is up and running but not without having a STRESS-PACKED NIGHT! I need to make many adjustments on this laptop as I can't see the small fonts. I'll post tomorrow (hopefully) and give details...Some funny - some NOT.